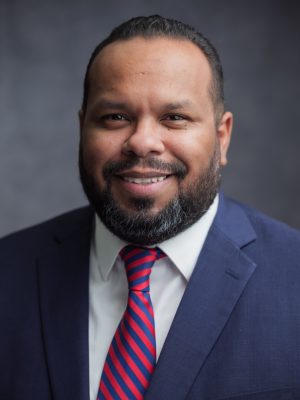 Pastor Vanston Archbold, Jr. was born in Colombia, South America in an Adventist home, the son of a pastor and a missionary family. He grew up in Colombia, Jamaica, and the United States, where he completed his Theological studies at Andrews Adventist University.

Pastor Archbold, Jr. began his ministry in the Lake Region Conference of Seventh-day Adventists as a Youth and District Pastor. He then served as the Hispanic Ministerial Director and Associate Youth Director.

In 2011 he received a call to serve as the president of the Colombian Island Conference Mission, making him the youngest president in the Interamerican Division.

He returned to the United States in 2014 and served as an intern chaplain at Huguely Hospital in Fort Worth, Texas, before accepting a call to serve in the Southwest Region Conference. After pastoring the Alexandria District, he served as General Field Secretary, Multicultural Director, and Associate Youth Director. He currently serves as the vice president for Multilingual Ministries.

Pastor Archbold, Jr. is happily married to Ketys Bassa, a preschool teacher. Together they have three children—Kerwin, Kevin and Keily. They love serving the Lord and will forever serve Him.